skip to main | skip to sidebar

Neilson's Farm from the American War of Independence in 40mm built for Grand Manner. The first photo shows the finished and painted casting (actually the very first), while the rest of the photos show the 'master', the bare resin casting and more photos of the painted model. The Farm was painted in a red oxide finish which although totally authentic, does make a change from the white or bare wood colour schemes.
http://www.grandmanner.co.uk/shop/prodtype.asp?PT_ID=84&numRecordPosition=11&strPageHistory=cat&strKeywords=&strSearchCriteria= 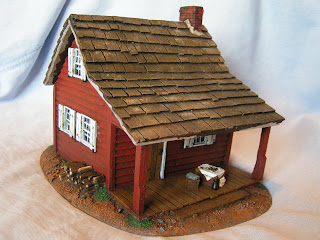 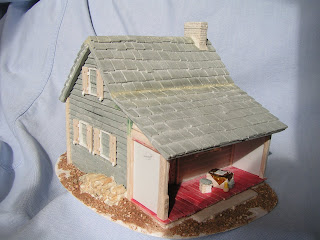 The model features a fully detailed interior, a lift-out first floor and a removable roof. 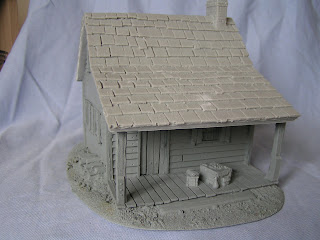 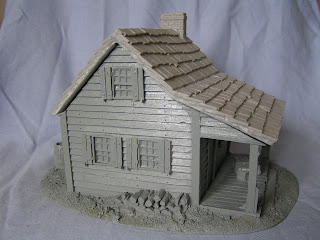 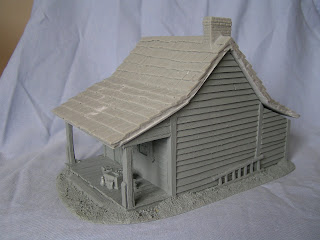 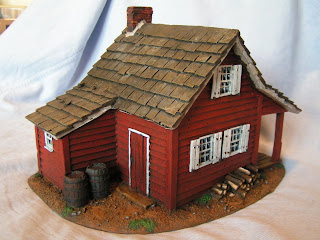 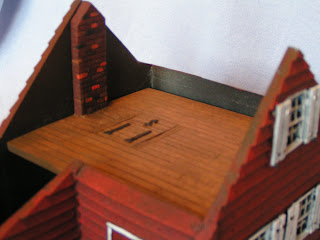 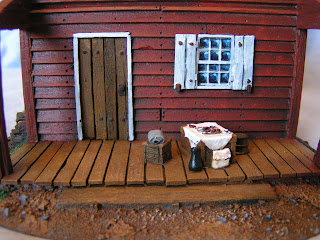 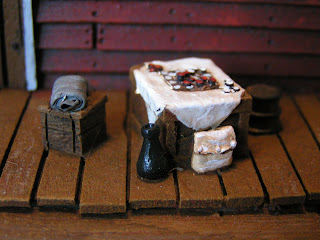 My latest Work-in-Progress project a group of three separate buildings depicting Hartwell Tavern on Battle Road from The American War of Independence in 28mm.
This is without doubt the largest commission I have worked on so far - a signature piece being built for Grand Manner, and due to be cast and released in the new year. The main tavern building is 165mm x 140mm x 140mm while the total 'footprint' will be over 350mm x 280mm.
Progress so far has gone well,with a core of 3mm Plastic Card, individual wood lathes and the use of modified resin windows. 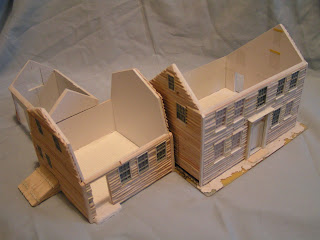 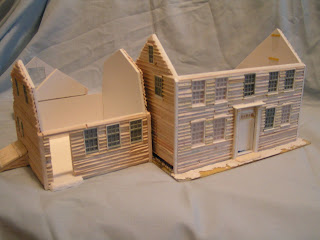 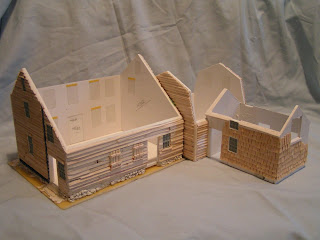 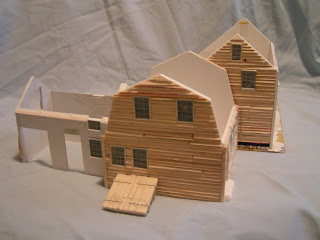 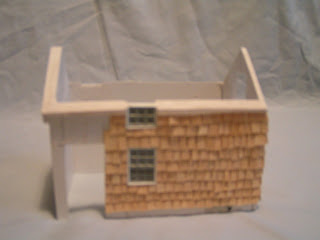 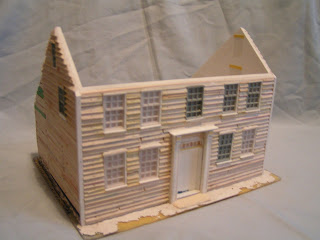 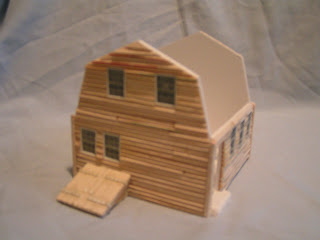 Tony
Born and brought up in Swansea, South Wales, I now live in Droitwich with my wife Sue. My daughter Holly is now working as a teacher in Stourport. My son, Gary lives in Leamington Spa with his Wife Beckie and our two Grandsons Finley and Charlie, but I still think of myself as a 'Jack' (an in-joke known to those of a certain age who count Swansea as their home town). Like my Grandfather, my Father and Uncle, I have made models, painted toy soldiers and wargamed since I was a very young boy and now feel privileged that I have the time to dedicate to my hobby. This Blog is a great way recording how I have developed as a modeller, but it's not ALL about model making. I hope you enjoy it. Tony